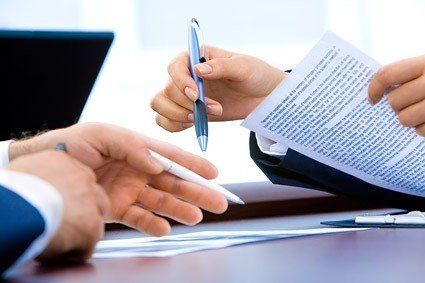 WHEN IS A RECORD DEAL A GOOD DEAL?

There is not a blanket answer to that question because of the varying factors between different record companies and recording artists. 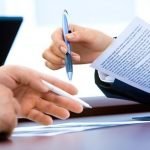 You must also understand that the music industry has its football equivalent of Premier and Conference leagues: its mega stars and the once famous stars means there are different sets of rules and dynamics at work on each of these levels.

If record companies and artists keep in mind the main objects of a record deal then most record deals can be good.

The artists must do their part in ensuring that this happens.

A good record deal works like a good partnership where everyone works together, work hard, play fair – and everyone wins.
However, in the reality of today’s music – outside of niche markets – there does not seem to be much emphasis on discovery and development coming from record companies.

The X Factor, Pop Idol, Sunday Best and other talent shows have become the new record scouts and A&R, often leaving those with real talent to toil, spend their own money, make and market their music. Not stopping at that, new artist also have to build a fan base and manage their business affairs.

TIPS FOR A FAIR DEAL

Unfortunately there are still those companies out there who still think stripping an artist bare of their moral, legal and economics rights is the way to do business.

So here are a some fundamentals you must understand prior to signing a fair record deal:

1. Artists are signing a contract in order for that record company to use or exploit the moral, legal and economics rights contained in the artist intellectual property which comes from the creation and performance embodied in the recordings.

2. A record company gain rights to own and exploit recordings as Masters by recording, releasing, promoting and selling the recordings.

3. Record companies, by paying these costs and by having rights granted by Recording Artists, have OWNERSHIP of the recording rights of WORKS generally assigned to the TERM of agreement and for the duration of copyright life.

4. A LIMITED TERM is normal and acceptable and can be either a fixed term; say 3 years plus or a renewable term on a yearly basis.

5. IN PERPETUITY is not normal practice and is generally unacceptable in deals today.

6. Ownership Rights can go beyond the actual term of agreement :
Record companies automatically have copyright ownership for 70 years after the release of a recording unless that right i REVERTED back to the artst at the end of the contract term, usually covered by having a reversion clause. Some reversions can be for a period of 5-15 years or more for released recordings. But for unreleased recordings  rights can be reverted immediately at the end of the contract term.

7. Recording Artists who compose their own WORKS are FREE to keep their PUBLISHING right as a Songwriter/Composer and or sign it to a publisher or self-publish. In the traditional model of the record industry it was deemed a conflict of interest for you to be signed to the same label owner and publisher.

8. The acceptable option is to avoid one deal being pinged on the other, so such a record deal must avoid mentioning anything about your publishing deal and visa versa.

9. Today the industry is multi media and has become a business where the income for the varying rights owners are generated at the same source. As a result the industry is coming around to the idea that one company can handle all the rights involved in recording, performing and publishing as a full music media company.

10.Once all the rights issues are sorted out the next aspect is to build a marketing plan around the artist with all the ingredients necessary to establish the artist place in the market with the people who want their product. Marketing counts – from subliminal advertising to robust campaigns.

11. The next and final step

In making a good record deal work is dependent on the relationship between the record company and the artist. The difference between a record company who turns a blind eye and one that’s fighting in your corner could be what they know of you: that is your character, values and respect for your artistry. If they’ve got YOU right they won’t sail you down a creek or compromise your artistic credibility just for commercial gains.

More on this subject coming soon ///…