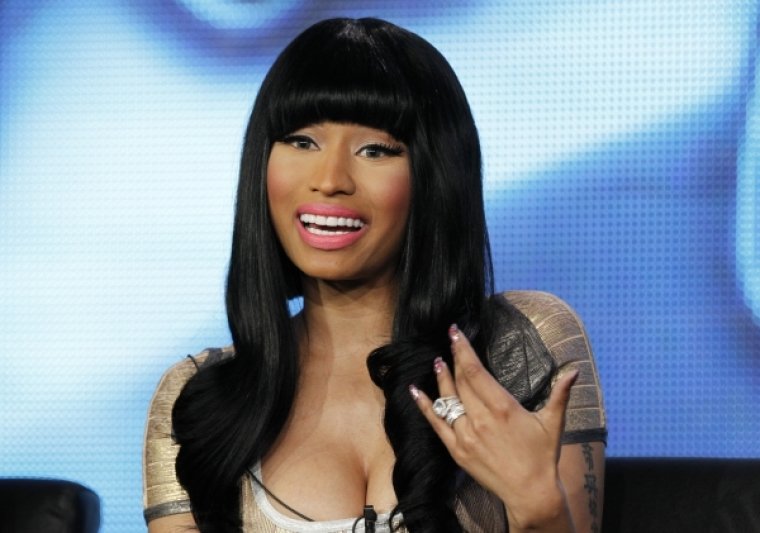 Nicki Minaj is a fan of gospel music and let fans know just how much recently.

Minaj, the 32-year-old rapper who was born Onika Maraj, took to her Twitter recently to let over 18 million fans know that she was a fan of gospel artists Tasha Cobbs and Jonathan McReynolds.

“BET, Thank u for ‘Celebration of Gospel 2014’ – best show I’ve seen in a long time. I fell in love with Tasha Cobbs and Jonathan McReynolds,” the rapper wrote.

She has successfully released three number one albums and become the most-charted female rapper in the history of the Billboard Hot 100. Still, Minaj let over 18 million Twitter followers know that they should pray for more than just monetary things last year.

While The New York Times named Nicki Minaj “the most influential female rapper of all time” last year, it may have been her mother Carol’s Christian faith and prayers that helped propel the Queens, New York, girl born Onika Maraj into an international superstar.

“My life as a Christian and believer was opened to Onika. As her career continued to thrive, she developed more concerns about life,” Carol previously told The Christian Post. “She knew I believed in the power of prayer, therefore, she constantly called me and our pastor, to pray for different concerns she may have … I believe by her acknowledging the power of prayer, and her strong desire to tithe, together with a praying mother, contributed to her success.”

While some may raise their eyebrows at the mix of Minaj’s vulgarity and praise of Christianity, this is not the first time that the rapper has spoken about religious themes. Three years ago, Minaj told The Guardian that her formerly abusive father turned his life around by going through drug rehabilitation and being saved in church.

“He’s still with my mother. He went to rehab and cleaned himself up,” Minaj said. “Eventually they started going to church a lot, and he got saved and started changing his life.”

Minaj also told the publication who her heroes were: “God. And my mother.”

The rapper has spoken about her prayer life publicly and revealed her prayer while on tour to Elle magazine last year.

“I was praying every day, ‘You know what, Lord? I want to be a mom one day, and I want to start becoming the woman who I want to parent my child,'” Minaj told Elle. “I wanted all of the feelings of entitlement to leave me, because some people have this life for a year or five or 10 … and a lot of them lose it. I didn’t want to become a person who wasn’t enjoying the moment.”