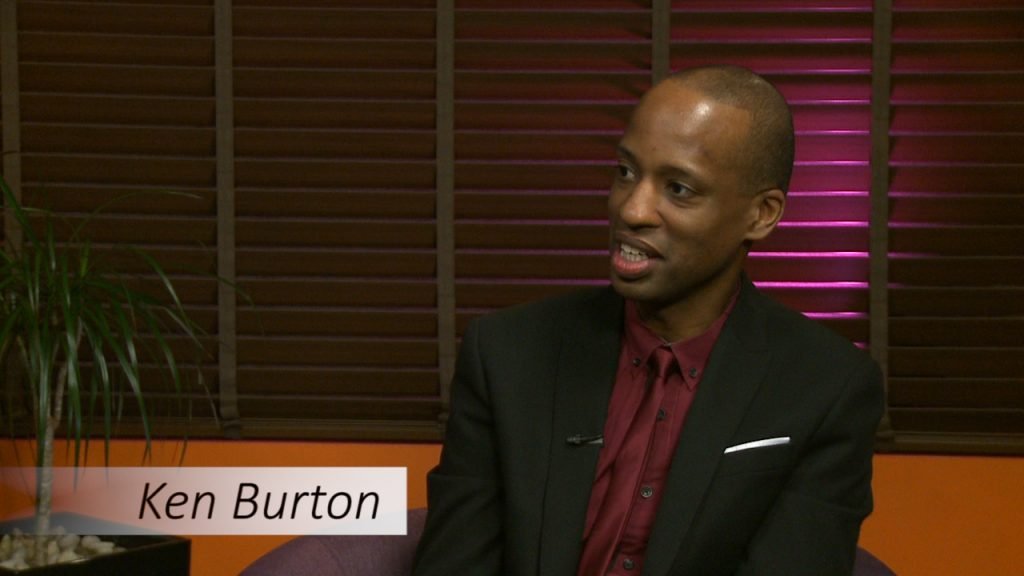 His musical activities cover a wide range of genres and roles, internationally on stage, screen, airwaves and recorded media.

He regularly directs two regular choirs – the London Adventist Chorale, and Croydon SDA Gospel Choir, and is founder director of several session groups: broadcast sacred music ensemble Adventist Vocal Ensemble (AVE) which has performed hundreds of songs for major national British television channels, Voquality Singers (which have also appeared as the Ken Burton Singers, and Ken Burton Voices) which has recorded and performed for major projects and events including Marvel Films Black Panther and Cannes Film Festival. In addition he founded and directs the Classical-gospel crossover trio Dixon, Burton and Billett. Adding to this group of ensembles is Vocal Creation – a name use for small ensembles put together for music video purposes.

He has several of his choral works published by Faber Music, Oxford University Press and RSCM, and is a regular adjudicator for Choir Of The Year – the very competition where, in 1994, he had his two regular choirs in the same final, the London Adventist Chorale winning. He works extensively as a TV judge; as one of the judges for Channel 4’s Gospel Singers Of The Year, BBC Songs Of Praise School Choir Of The Year, and was one of the judges of the eight part BAFTA-nominated series The Choir: Sing While You Work, presented by Gareth Malone.

He has appeared and worked extensively on some of the biggest programmes on British television and internationally, among them Songs Of Praise (BBC) The X Factor (ITV), The X Factor USA(Fox), Britain’s Got Talent (ITV), Prom At The Palace (BBC), Eastenders (BBC), Soul Noel (BBC) and numerous others. His roles on the programmes have included performing, vocal contracting, conducting, arranging, musical directing, and production. In 2013 he was one of six invited choral figures to guest present on BBC Radio 3’s The Choir, where he explored the changing face and settings of gospel music. His Adventist Vocal Ensemble has been a regular contributor to the biggest days in the calendar (Easter and Christmas) for BBC Radio 2 Good Morning Sunday. Ken has contributed extensively to numerous programmes on The Hope Channel, an international television channel owned and operated by the Seventh-Day Adventist Church organisation. In 2014 and 2015 he presented two nine-part series programmes of Music In My Life: With Ken Burton for Life Connect TV, where he interviewed and made music with a number of established and aspiring gospel and contemporary Christian music artists from across Europe.

His work, however, is not confined to the genre of gospel music. He also has a strong background of (and actually studied) Classical music, and has worked as a chorusmaster training choirs to sing large-scale works such as Verdi Requiem, and Brahms Deutsches Requiem. He has conducted, written and arranged numerous choral and orchestral works for orchestras including London Mozart Players, CBSO, Orchestra Of The Swan, and various BBC orchestras. He conducted the 60th annual performance of Handel’s Messiah at the Metropolitan Baptist Church in Washington DC. He has been a television guest on Proms Plus and Proms Extra, and has conducted and performed at the Proms. In 2017 he wrote a piece Many Are The Wonders for professional British choir ORA, which recorded an album of the same name.

In addition to his regular performance based activities, he has been involved with the Kijani Kenya Trust – a UK based charity which raises funds for HIV and conservation projects in Kenya. His trips to Kenya have involved visits to a large number of orphanages, where music education work is carried out with the orphans, who often have the opportunity to perform on stage as part of the major music festival.

In 2012, the year of the London Olympics, he worked as a vocal coach for the UK Charity Youth Music’s cultural olympiad choir Youth Music Voices which performed at venues including WOMAD and the Royal Opera House.

As a guest conductor and workshop leader, he has led workshop choirs across the world, often being commissioned to write new pieces for them. Since 2015 he has conducted regular gospel choral workshops in Poland. The first concert of Ken and the workshop choir resulted in a sell-out concert in the prestigious 2,000 seater NOSPR concert hall in Katowice, and several concerts have followed.