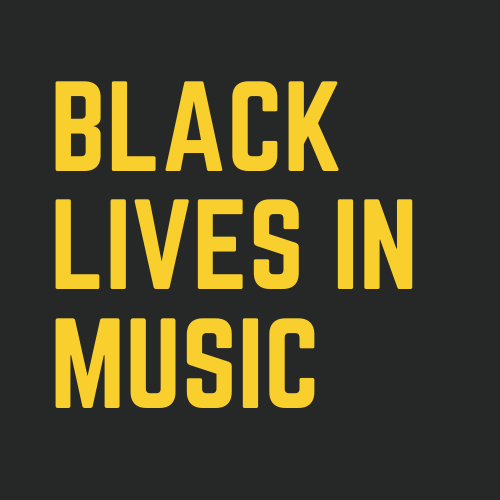 Today  Black Lives in Music (BLiM) have released the results and findings of their survey which set out to capture data on the experiences of music industry professionals and creators.

It found conclusive evidence supporting the long-held beliefs about racial discrimination and has illustrated disturbing experiences of systemic and institutionalised racism in the UK Music Industry.

The largest survey of black musicians and music industry professionals conducted in the UK, partnering with Opinium Research, revealed a majority of those who took part have experienced direct or indirect acts of racism in the music industry.

The survey provides real-life data in the wake of revelations made by artists such as Raye, Alexandra Burke, Little Mix’s Leigh-Anne Pinnock, Beverley Knight, Sugababes’ Keisha Buchanan and Mis-Teeq’s Sabrina Washington who have all recently spoken out about the covert and overt ways race has been a hindrance to their careers.

Those surveyed reported a range of discriminatory acts and “sometimes hostile working environments”. All founded on factors including barriers to progression based on their ethnicity, the marked and particular ways black women are specifically affected, income inequalities and more.

Additionally, the survey found black artists granted less studio time than their white counterparts, refused event performance opportunities and being told to change the type of music they create. Furthermore, the widespread assumption that they are ‘urban artists’ despite whatever genre of music they make because of their race.

Black female artists in particular have been told by management companies and labels that they need to assimilate to white/euro-centric standards as they do not know how to market a black female artist.

The results illuminate statements made by high profile artists about their experience in the UK music industry. X Factor winner Alexandra Burke revealed in a BBC documentary special hosted earlier this year by Little Mix’s Leigh-Anne Pinnock that she was told – “You need to bleach your skin because you won’t sell any records.”

Further highlighting the under-discussed realities of colourism, Beverley Knight told ITV News in 2020 that a record company digitally lightened her skin on the cover of her first album so she’d appear more presentable and acceptable to a non-black audience.

Keisha Buchanan, founding member of Sugababes emotionally revealed that she went through a decade of therapy in the wake of her controversial departure from the group in 2009. She claims she was consistently labelled an “aggressive bully” and stereotypically portrayed as an “angry black woman”. Saying “I didn’t realise that I would be having to go through therapy to help me to cope with some of the trauma that I’ve experienced while being in the Sugababes, or being in the public eye”.

Raye has also opened up about the negative impacts to her mental health that she experienced while fighting with her record label who refused to release her album. She recently told The Guardian, “I am just beside myself about how the beautiful songwriters that I know, a lot of whom are women, and a lot of whom are women of colour, are just hustling out here. I’m angry, I’m raging.”

The survey found some stark data identifying a link between this discrimination and mental wellbeing, especially among black women. 42% of black women surveyed said their mental health had worsened since starting a career in music and 16% had sought counselling due to racial abuse. Citing various reasons from the barriers to progression and overt racial discrimination, the report also found that black women earn 25% less on average than their white female colleagues, and 46% earn less than half their revenue from music (compared to) creating extra pressure to find other routes to supplement their income.

The BLiM Survey makes several recommendations to address the issues and emphasises collaboration across the UK music industry as key to addressing imbalances.

Transparency around and the gender and ethnic pay gap, training programmes to increase diversity in middle and senior management in music organisations and investment in grassroots music education are some of the key points. BLiM also calls on the music industry to create an anti-racism support service to support creators and professionals with a helpline available to Black creators and professionals who experience racism in the music industry. Also, providing referral and in-depth therapeutic support.

Join BLiM for a weekly series of webinars ‘Being Black In The UK Music Industry’ from October 13th – 3rd November, dissecting the report and what it means to be a Black creator or industry professional in the UK, co-sponsored by tunecore.  Register via guesthouselive.co.uk