11 Biggest Gospel Artists of All Time 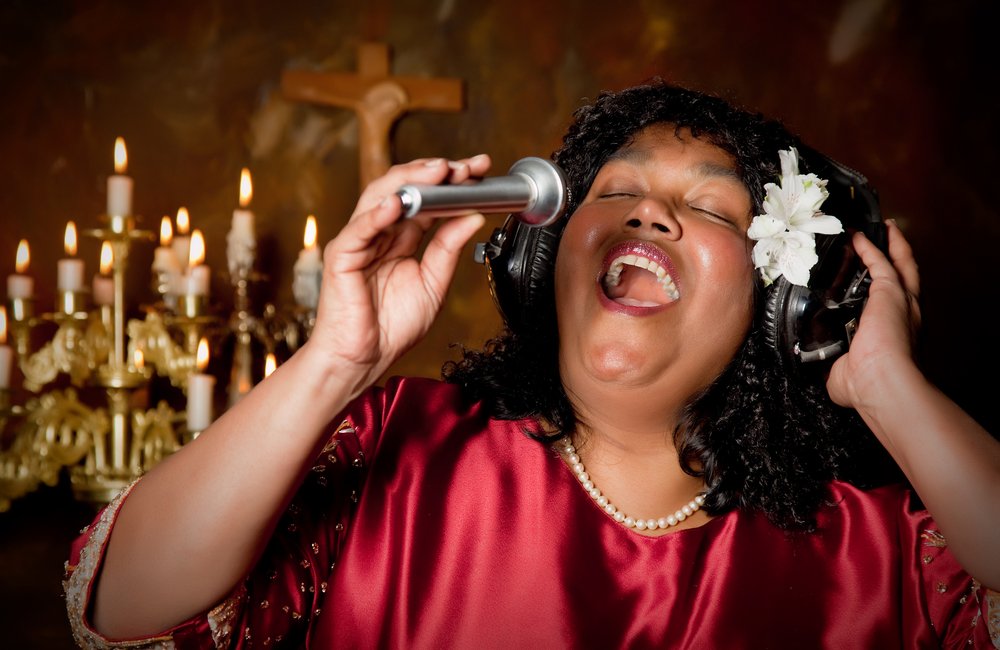 The biggest gospel artists of all time are the torch bearers of gospel music who have popularized the genre more than ever! Their work has brought gospel music to the forefront and what originally was considered the music of the church today has a worldwide audience in the entertainment market.

Gospel music might have Christian references in its lyrics, but over the years, it has been recognized as a strong and marketable genre for its aesthetic value. Its roots can be traced to the 17th century but with the advent of radio the genre has found a widespread reach and evolved since then. Now the genre has several other sub-genres being infused and combined with elements of other forms of music. Southern Gospel, Blues Gospel, Bluegrass Gospel and Celtic Gospel are just some such examples that have emerged out of the genre. While Celtic gospel has found a home in countries like Ireland, Gospel with a blues drawl has captured the hearts of blues-lovers who like their vocals strong.

So what is the characteristic of gospel music, you might be wondering. Is it just about the lyrics? Well, no, the most striking element of gospel music is the dominant vocals. Some songs are sung in a cappella. And, most of them have call and response elements in them. The biggest gospel artists of all time are known for their superior vocals and songwriting skills, and have had an everlasting impact on the genre. And, if you are an avid music fan who likes exploring different genres, they are definitely the ones you should be checking out. Also, do listen to the 10 Most Popular Songs of All Time; we are sure you will love them!

So let’s give it up for the biggest gospel artists of all time!

American vocal group consisting of sisters Jacky Clark Chisholm, Elbernita Clark Terrell, Karen Clark Sheard and Dorinda Clark Cole are one of the biggest names of contemporary gospel music. With crossover songs and mainstream hits like, “Jesus is a love song” and “You brought the sunshine”, the sisters have sold millions of copies and have produced over 16 albums.

She might be the “Queen of Soul”, and has shaken the R&B charts with mega his like “Respect”, but the often missed point is that Aretha Franklin started her career with gospel music. Her debut album “Songs of Faith” led her to find her initial success which only grew bigger in her case. In August 2012 she was included in the Gospel Music Hall of Fame. And, with the legendary singer she is, she had to be included in the list of the biggest gospel artists of all time also!

Kim Burell is the songstress who has been making waves in the gospel charts lately. With a fresh sound of Jazz infused gospel, she has taken the stage by storm and even though being a relatively new artist, is already being hailed as “This generation’s Ella Fitzgerald”.

The powerful voice of Mahalia Jackson is said to be one of the best things that happened to gospel music and she has been rightly branded as the “Queen of Gospel” by many. With over 30 albums to her credit her massive contribution to the genre is inarguable.

Over her sixty-year career in gospel music, Shirley Caesar had made an everlasting impact on the genre. She has made over 40 albums and received several awards and accolades along with 11 Grammy Awards and shared the stages with veterans like Whitney Houston and Faith Evans.

His single “Never Would Have made it” from the album Thirsty, catapulted, Marvin Sapp, to the big leagues and even made its presence felt on several Billboard Charts. The album also made it to the top spot of Billboard’s Top Gospel Albums and sold over 5, 00, 000 copies. The singer has also won 7 Gospel Stellar Awards in total.

With notable Billboard chart entries and several No.1s, Fred Hammond might have been first recognized as the bass player for the Winans, but has successfully made a stellar solo career for himself. The string of Stellar Awards and Grammy Awards he has won points to the very fact.

With three Grammy Awards and ten Stellar Awards to his name, Donnie McClurkin is a gospel voice to remember. He has sold over 10 million copies worldwide making him one of the best selling gospel artists.

Another notable name of the gospel clan, Andrae Crouch, has produced well-known songs like “The Blood Will Never Lose its Power”, and “Soon and Very Soon”. He has collaborated with the likes of Elton John, Quincy Jones and Stevie Wonder and conducted choirs for Michael Jackson and Madonna.

CeCe Winans has been a notable name in gospel music and has won numerous accolades which also include ten Grammies! She is the best-selling female gospel artist with over seven million albums sold worldwide.

The enchanting singer has multiple talents under her belt, including being a record producer, an actress and a radio host. But, her contribution to gospel music is by far the most commendable. She was named as the No.1 Gospel Artist by BillBoard in 2009, and that definitely make her the leading contender of the biggest gospel artists of all time!